Where healing and defensive arts become one. 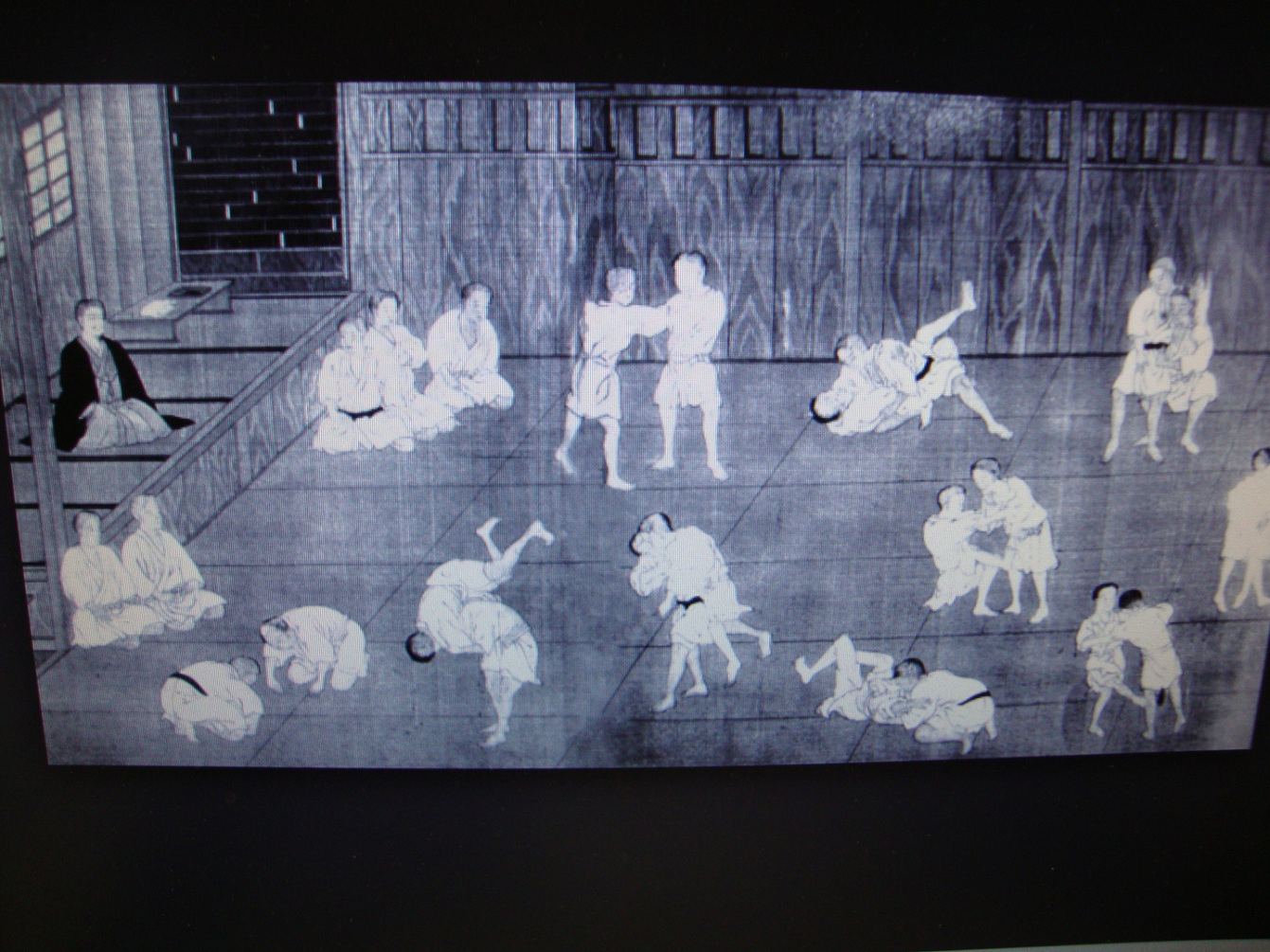 Click a photo for more information or to enlarge
Go To: Kiehl Acupuncture.com 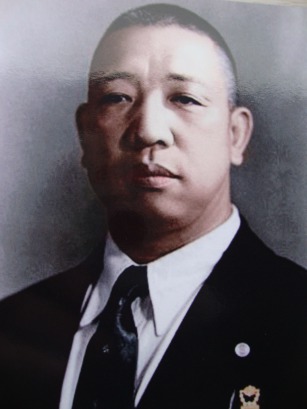 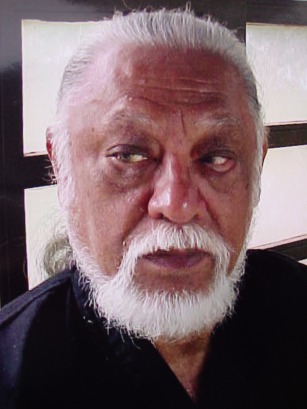 An association of traditions and visions developed over 3,500 years

From our simple beginnings to our present-day teachings, the basic principles of the late Judo Master, Professor H. Seishiro Okazaki, have been enthusiastically embraced by each and every one of our deeply committed students in their daily lives.  Professor Okazaki's Kodenkan Danzan Ryu Judo & Jujitsu system is taught world wide.  Professor Okazaki balanced his system with healing (kappo) and defensive (Sappo) arts drawn from Chinese and Japanese traditions.

The Congressional Record reports Professor Okazaki with having treated medical conditions of President Roosevelt, actress Shirley Temple, comedian George Burns, Johnny Weissmuller(Tarzan) and other notables of his time.  The Okazaki healing arts were so effective that President Roosevelt asked Professor Okazaki to become his personal therapist and relocate to Washington DC.

Professor Okazaki was also known as a pioneer for breaking with the norms of the day and teaching non-asian men and woman self defense and healings arts.  His system of healing and defensive arts is recognized internationally.  His 1922 defeat of professional English boxer, Carl "Kayo" Morris, brought world wide recognition of the Danzan Ryu school.

The late Professor Lono Ancho and Sig Kufferath, both students of Professor Okazaki, carried this tradition forward.  As a student of the late Professor Lono Ancho and Kufferath, I've accepted the responsibility of preserving, practicing and teaching this ancient art form.  I have introduced thousands of students in the last fifty years to the Okazaki teachings.  I would be honored to introduce you to this great art form.

Ode to the Unknowing Sensei

....for those who wish to dwell in the physical world;

....for those who avoid what is beyond his teaching;

....for those who deny their anger;

....for those who promote their self-worth;

....for those who teach from arrogance;

....for those who cling to a paradigm;

....for those who criticize a Sensei;

....for those who instruct from for the wallet;

The Ki leaves our vocal folds and enters the Kiai with conviction and intentionality as a sound.  The Kiai is not something we do.  The Kiai is the empty space that surrounds us.

I became a student of the Danzan Ryu school in 1969 at East Stroudsburg University.  As a student Senator, I assisted Dr. William Gessner, Judo Club Director, in developing the school club and its financial support.  The late Professor William Gessner and Soke William Snyder introduced me to Kodokan Judo.  Professor Ron Jennings introduced me to Kodenkan Jujitsu.  In 1973, I was invited to become a student of the late Professor Ramon (Lono) Ancho. In 1976 Professor Ancho was the West Point Academy Judo coach and Assistant Commandant of the New York Military Academy.   I remained a principal student and friend until his passing in 2003.  During those 30 years, Professor Ancho and I developed a long standing personal and student-teacher relationship with the late Professor Sig Kufferath and Professor Tony Janovich.  We co-founded the Kodenkan Danzan Ryu Jujitsu Association (KDRJA).

I have authored numerous texts on the art which are available on Amazon.com.  I am also recorded in the Martial Art Hall of Fame for my work in preserving this art form.  I received Okugi Certifcation 2003 from Professor Janovich.  I was advanced by the national organization to the rank of Shichidan (7th degree black belt) in 1998 and awarded the title of Professor.  Become an Okazaki student.    E-mail us for details at fragrantmtn11@aol.com

We reveal how our Shen (spirit) is transformed by the Dantien-Tanden (body's celestial chemistry) and provides core Ki as an integral part of Kodenkan student performance.  We investigate its dependence on the relationship with the Heaven-Earth Continuum that joins Kodenkan instruction to the Divine Realm.  We acknowledge that both the Tanden and the Heaven-Earth Continuum are evident in our physical/mental/spiritual make-up.  Hence, present in every successful execution of our Kodenkan technique.

We contemplate, Kodenkan founder, Professor H. Seishiro Okazaki's adoption of the Lao-zi, Buddhist, Confucius and Shinto philosophies of natural law, character development and community/ family responsibility as the underlying fabric of Kodenkan.  Further, the realization that to benefit from the Kodenkan "Transmissions", students must also adopt the Kappo (cure) Sappo (kill) philosophy.  To do one or the other means losing one half of the art form and will eventually inhibit the student's Tanden transformation.  The "redemption" of their Spirit (Shen) from their physical form will be in jeopardy.

The Sensei-Student dialogue untangles the web that defines Ki which precedes all physical, mechanical expression of joint locks, arm bars, throws and constrictions that are the hallmark of judo and jujitsu.  We disclose how to enter and exit the Kiai and Aiki.  We uncover specific lessons found in Professor Okazaki's ten (10) Master points hidden and revealed through the execution of selected techniques.  Not to be forgotten, we explore our use of Ja Ki (evil KI) to defend ourselves and our use of restoration arts to disperse Ja Ki in order to improve our physical and mental well being.

I encourage students to consider the meaning of Kodenkan manifested arts as all techniques that are present, objective and visible.  Then to recognize that once performed they are suddenly past as they move into the Subjective Realm (history) before being invited by us to return as our technique variations.  This writing promotes the notion that all of Kodenkan (sappo/Kappo) instruction strives to capture Uke's manifesting Shen (spirit) that moves to and from the Subjective Realm.

Finally, I invite you to explore the esoteric and exoteric depths of our wonderful, multi-dimensional Kodenkan, Danzan Ryu art form.  Do your best to recognize that Kodenkan instruction is not solely about self-defense and healing but rather a philosophy of coming to truth with who we are as individuals and our singularity with the Divine.  Best wishes in your pursuit of the Kodenkan's Esoteric Principles.

Master Okazaki's "Transmissions" convey the movements and design given to us as the secrets of the Universe.  His subtle introduction of the Divine, a student's celestial chemistry and the Kiai/Aiki of the Subjective Realm are the '"mystic ecstasy of such secrets"'.

O'Sensei's Transmissions are of the Divine indeed;

O'Sensei taught within the Shoden resides the Ki of the Objective Realm;

O'Sensei lectured within the Chuden dwells the Kiai of the Subjective Realm;

O'Sensei revealed within the Okuden exists the Aiki of the Subjective Realm;

O'Sensei divulged within the Koden lies singularity with the Divine;

O'Sensei suggested within the blood flourishes the Spirit;

O'Sensei reminded within the Tanden rests Morality and Beauty;

O'Sensei understood within the I Ching blossomed Kodenkan;